Journey through the time of the Shah’s Dynasty in Iran... 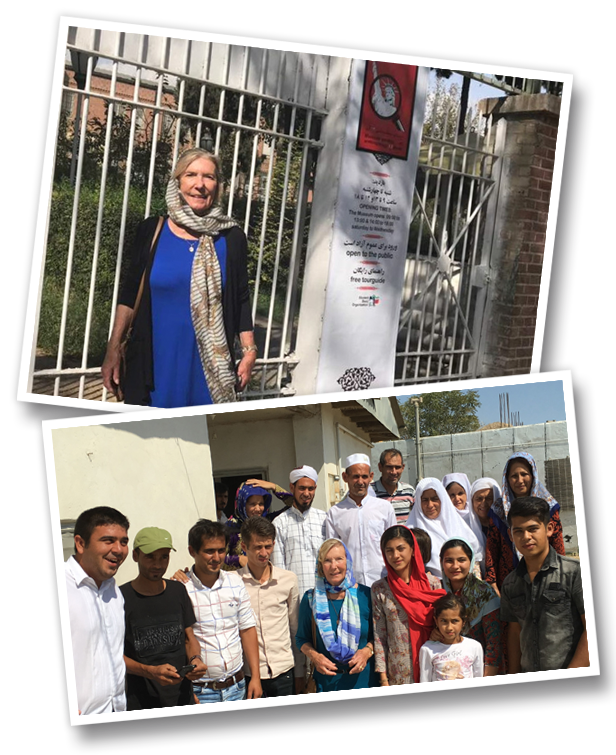 ​Welcome to a fascinating journey into the “Golden Years” of the Shah’s Dynasty in Iran – a time when this ancient country was rapidly modernizing. In the 70’s, Gail Rose Thompson spent many years in this beautiful country where she witnessed the boom of the Shah’s development and his great vision for Iran to become internationally recognized – known as Iran’s Great Civilization.

Reza Shah had a vision. It was to make Iran the leading power in the Middle East. His son – His Imperial Majesty Mohamad Reza Pahlavi – Shahanshah of Iran – embraced his father’s ideals for their country. They both believed in developing the country’s industry, education, economics, and military. Pahlavi was also an avid sportsman, and believed his people needed leisure time, therefore he encouraged and supported sports activities. This was especially evident in his promotion of equine sports, namely show jumping. He promoted and supported equestrian activities throughout the country, and because of his love for horses, Gail Rose Thompson was invited to work for the Imperial Court as the Shah’s personal horse trainer.

The time Thompson spent in Iran was remarkable. She was able to personally witness the royal family in informal settings as she was embraced by Iranian high society. She observed the upper class of Iranians at play, not only during equine sporting events, but also in Tehran and coastal resorts as they enjoyed many different sports and indulged themselves in luxury living.

The perspective of a western society horse trainer, working in the Imperial Court with the Shah’s beloved horses, is not only unique and interesting, it is also sprinkled with fascinating and humorous moments. Thompson spent years writing about her experiences and has published three books – All the Shah’s Horses, All the Shah’s Men, and Iran from Crowns to Turbans –  that capture the proud spirit and the long-standing traditions of the Golden Years of the 70s in Iran.

In the fall of 2017, Gail Rose Thompson returned to Iran where she was able to meet up with old friends she had gained during her time there in the 70s. She spent memorable moments touring the country and learning about life in the Islamic Republic of Iran, as it is now.

Author Gail Rose Thompson is a Canadian who now lives in the United States. She has been involved in the horse industry all of her life where she has trained riders and horses from an early age. After her cherished time in Iran, she moved to America where she managed a large equestrian facility in Richmond, Virginia for 35 years. Her father, General W. Denis Whitaker, was also an author, which developed her interest in writing about her Iranian experiences in her retirement years.

Iran... from a different perspective.

Gail Rose Thompson spent many years in this beautiful country where she witnessed the boom of the Shah’s development and his great vision for Iran.

Please join our mailing list where you will receive new information about Gail Rose Thompson and her three published books All the Shah’s Horses, All the Shah’s Men, and Iran from Crowns to Turbans. Stay Informed and Join our Mailing List Today!
SIGN UP HERE